How can two people be so different in looks and colors, and at the same time are twins? Such cases are one in a million. This is a story of two sisters – Lucy and Maria Aylmer, both 18, who were born to a half Jamaican Mother and a white British father. Though they are twins, they are staggeringly different from each other.

Lucy, on one hand, has fair skin with straight red hair, and on the other hand, Maria is a dark-skinned girl with curly hair. Lucy and Maria, in their interview to ITV’s Good Morning Britain, have delineated their experience they had with their school friends and society, in general, about their contrasting looks despite being twins.

Generally, it is assumed by people that the two girls are making up a story to draw attention to themselves. During the course of the interview, the twin sisters had opened up about how sometimes it was difficult for them to explain that they both are not only sisters, but twins.

Sometimes, they would have to carry their birth certificate along with some childhood pictures to prove they really are twin sisters.However, there is science behind the contrasting looks of Lucy and Maria despite being twins. Generally, we have a notion that twins means ‘Same’, however, science has a different point of view.

Science argues that twins are of two types – identical and non-identical.

Non-identical twins are produced due to the fertilization of two separate eggs. In simpler words, when a woman produces two eggs and they are fertilized by two different sperms simultaneously, it results in Non-identical Twins, or called Dizygotic Twins.

Lucy and Maria, however, try to remain unaffected by the astonishment people show when they come across the fact that they are twins. In the interview, the twin sisters shared their ‘good’ part of the story as well. They never miss a chance to enjoy the differences they have despite being a twin.

Their story had a clear cut message for all of us – Love and Enjoy the Differences. 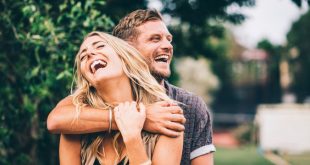 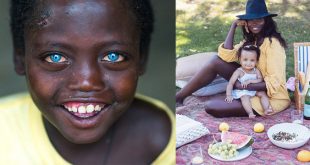 Genes contain a lot of information regarding human physical characteristics, DNA structure which determines the …